‘It’s really what’s inside our head that affects what’s outside in the paddock.’

Inside Outside Management offers training and consultation in the principles of Holistic Management. Our courses come highly recommended. We excel at making the Holistic Management learning journey an enjoyable and personal experience. We have been teaching people to manage holistically across Australia and New Zealand since 2004.

Introducing Inside Outside Management’s Director and principal Holistic Management® Educator

From Africa originally, Brian Wehlburg migrated to Australia in 2001. He obtained his initial experience as an educator training new recruits at the Zimbabwe National Air Force Parachute School. Following this he obtained an agricultural diploma and, in 1981, after two years as a farm manager he started his own agricultural enterprise, growing crops for export, breeding cattle and operating a safari business and wildlife conservancy.

An introductory Holistic Management course in 1995 inspired Brian to implement his new understanding and knowledge, using grazing as a tool to improve the environment with resultant increased stocking rates, significant pasture improvement and regeneration of water seeps. In 2001 he completed his Holistic Management Certified Educator’s course. 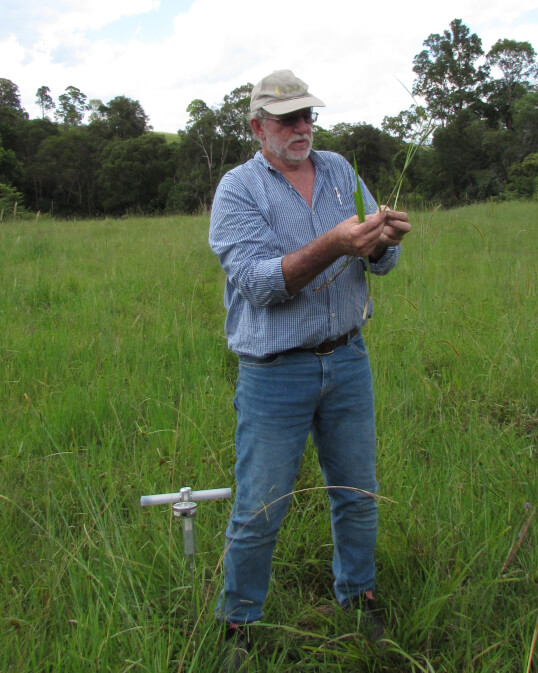 Since arriving in Australia Brian has broadened his hands-on experience, working for a pastoral enterprise in Southwest Queensland as a pasture and cattle manager and grazing consultant and managing a stacked enterprise grazing property in New South Wales. He enjoys sharing his passion for environmental improvement and grazing management.

He is also a proud member of HMENZA, Holistic Management Educators of Australia and New Zealand

Course bookings and administration are managed by Co-Director, Kerry Wehlburg

Why learn with us?

Our Educators are committed to what Holistic Management can do for our lives, businesses, and our planet

Learning with us is fun

Our classrooms become a place of trust and connection

As a course participant, you are respected, actively contributing towards positive outcomes.

I can't rave about the value of these courses enough. Thinking and planning holistically has saved the lives of many who have been challenged to continue is a business-as-usual manner. Not just for land managers these courses open you to thinking in a new and more holistic way. Please share and consider. Brian Wehlburg is a great trainer and share of insights.

Anyone thinking of doing this course - I highly recommend taking the time out to attend. Personally, I drove 7 hours there and back to attend this course and can say it was well worth the time and effort. Not only did I learn great techniques and concepts for managing our land, animals and farm in general, so many questions in my head were answered. I also greatly benefited from being around other farmers and Landcare people.

I was told before the course that it would change my outlook on life and farming It did that in a big way and has been a very positive influence on my attitude to farming. Working with nature is certainly a much more rewarding process than working against it.

Absolutely loved doing this course and so glad I did it. I met amazing people at it. I was very empowered by Brian who delivered the learning with excellent knowledge backed by his own experiences farming holistically using the method that he teaches in his own life and using examples for us to look at. It’s a course everyone would benefit from and made the learning fun and enjoyable. I have learned new skills that I am excited to utilise. So grateful that Brian travelled over to teach us West Aussies.

After years of self-teaching and trial and error, formalising learning has made it more succinct and clearer in being able to work through and implement.

Brian has an incredible empathy in conveying these concepts and ideas to a range of levels in our learning group.

Farmers are a hard group to teach but this group learning experience facilitates change well. Everyone gets more from the course than they bargained for. It is evident throughout the course that Holistic Management can benefit everyone from the country to the CBD.
- Sam Bonello, Bangalow, NSW